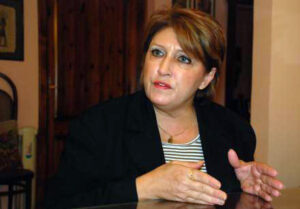 NEWS   Leading Maltese media outlets reported yesterday that Family and Social Policy Minister Marie Louise Coleiro Preca has accepted the Prime Minister’s invitation to become Malta’s next President of the Republic. The government is expected to officially announce her nomination this week. According to the Constitution of Malta, the appointment to a 5-year term as President needs to be approved by resolution of the House of Representatives.
Discussions between Prime Minister Joseph Muscat and Ms Coleiro Preca, who was initially reluctant to take on the post, were concluded by mid-last week. The talks explored the possibility of giving the President more of a guardianship role on social issues like poverty and social exclusion.
Ms Coleiro Preca, 55, will become the second woman to hold the post after Agatha Barbara. She will be Malta’s ninth President, the youngest ever. She will be replacing Dr George Abela whose term expires on 4 April. Like Dr Abela, Ms Coleiro Preca is from Qormi. Her presidency is likely to focus strongly on eradicating poverty and social exclusion.
Her nomination will likely coincide with a Cabinet reshuffle which will, apart from filling up the seat she vacates, also concern other ministers and parliamentary secretaries.
Social Solidarity Minister Marie-Louise Coleiro Preca has accepted to be nominated as Malta’s ninth President and the government is expected to announce the nomination this week.
[Sources: www.independent.com.mt; www.timesofmalta.com]
Post Views: 21
Previous
Abbott government commissions ABC and SBS efficiency review
Next
Prominent Maltese community member passes away