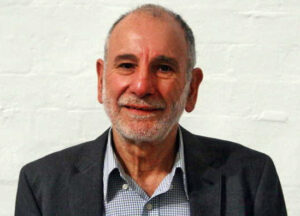 The Ethnic Communities’ Council of Victoria (ECCV) is strongly opposed to attempts to change the wording of Section 18C of the Racial Discrimination Act.
ECCV Chairperson, Eddie Micallef, said that recent media reports about South Australian senator Cory Bernardi lobbing to remove the words “offend” and “insult” from Section 18C, and that fact that he has enlisted 20 senators to support this move, is something that must be “strenuously rejected”.
“The ECCV supports the principles of free speech. This is something that all democratic societies are based on. But arguments about taking the words ‘insult’ and ‘offend’ out of the Act, need to beseen in context.
“Section 18C of the Act clearly states that is it illegal to offend, insult, humiliate or intimidate on the basis of race, colour or national or ethnic origin.
“Those who have argued in the past that it is not necessary to have the words ‘offend’ and ‘insult’ in the Act because it sets the bar too low, and that it would allow people to take legal action based on ‘hurt feelings’, miss the point entirely.
“This is not about the words in themselves, but the context in which they are used. To put forward an argument that we should amend the Act and take out the words ‘insult’ and ‘offend’, does not take into account how this might be done in a racist way.
“ECCV supports the Federation of Ethnic Communities’ Councils of Australia opposition to the proposed changes and how they threaten the strength of the Racial Discrimination Act for multicultural Australia.
“Section 18C of the Act provides important protection against hate speech and racially motivated attacks against people from Australia’s culturally and linguistically diverse communities.
“Those people who attempt to argue that having the words ‘offend’ or ‘insult’ in Section 18C, is an attack on freedom of expression, seem to be intentionally ignoring the provisions of Section 18D which provides a powerful and detailed protection of freedom of speech.
“Section 18D sets out a series of exemptions where conduct will not be deemed to be unlawful if it is done ‘reasonably’ and in ‘good faith’, such as in artistic, scientific or academic purposes that are of genuine public interest.
“It is of concern that recent media reports have indicated former Prime Minister John Howard has urged Prime Minister Malcolm Turnbull to support the proposed changes to the Racial Discrimination Act.
“ECCV is strongly opposed to proposals to amend the Racial Discrimination Act because of the real potential to have a highly negative impact on people from culturally and linguistically diverse communities, and the consequences for the promotion of social cohesion within our society.”
[Source: http://eccv.org.au/]
Post Views: 17
Previous
Myths and Mediterranean diets
Next
Appointment of new Australian High Commissioner to Malta announced