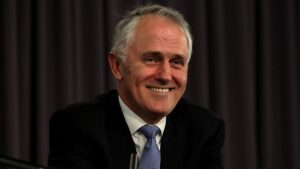 Australian Prime Minister Malcolm Turnbull left today bound for Malta to attend the Commonwealth Heads of Government Meeting on 27-29 November. He will meet the Queen at a special lunch for new Commonwealth heads of government in Malta.
In a CHOGM tradition, immediately after the official opening ceremony on November 27 all new leaders from Commonwealth countries attend a special drinks reception followed by lunch – to be held at San Anton Palace, the official residence of the president of Malta. The reception is hosted by both the Queen and the Prince of Wales. A Buckingham Palace source said it was not an overly formal affair, more a chance for a getting-to-know-you chat. There are around 18 new heads of government in the Commonwealth since the previous CHOGM – including Canada’s Justin Trudeau.
The Prime Minister will join Commonwealth leaders, united by their shared values and commitment to democratic principles, to discuss climate change and the common threat posed by terrorism and violent extremism.
Mr Turnbull will then travel to Paris to attend the 21st Conference of the Parties on 30 November where he will work with other world leaders to deliver a strong and ambitious global climate change agreement.
Australia has pledged to reduce emissions by 26-28 per cent below 2005 levels by 2030, a target which is both fair and achievable. It is a tremendous achievement that over 170 countries have now submitted their emissions reduction targets.
The Minister for Foreign Affairs will lead Australia’s delegation at COP21 and the Minister for the Environment will also attend.
[Sources:
http://www.malcolmturnbull.com.au/media/prime-minister-to-attend-chogm-and-cop21-meetings;
http://www.smh.com.au/world/prime-minister-malcolm-turnbull-avowed-republican-to-meet-the-queen-and-prince-charles-20151027-gkk6tm.html]
Previous
Historical Australia Hall building must be restored
Next
Commonwealth leaders at CHOGM agree to set up climate change hub