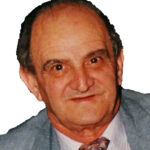 NEWS   The Maltese community in Melbourne is mourning the sad loss of one of its prominent members with the passing away last weekend of George Cini, aged 80. His funeral will take place on Thursday, 6 March 2014 commencing at 12.45 pm at the Resurrection Church, 51 Gum Road, Kings Park.
George was born in 1933 in Victoria, Gozo and educated at the Gozo Lyceum, where he obtained his General Certificate of Education.  In 1954 he emigrated to Australia at 21 years of age and arrived in Melbourne where  he soon became involved with Maltese community.
Having started his stage career when he was still a student through his involvement with the Lyceum Students Drama Group and later the Salesian Drama Group Domenico Savio, George founded the Malta Star of the Sea Drama League in West Melbourne. He was involved in the production of several plays in Maltese, arguably one of the earliest and most successful associations in the field of performing arts. He also appeared as an actor on the Australian Television series Homicide, The Edge of Happiness and When Greek meets Greek.
As producer/director of the Drama League, George produced many plays including Joan of Arc, George Pisani’s Għanja tar-Rebbiegħa and Passjoni ta’ Sidna Ġesu Kristu which he himself wrote. He was the author of other plays including Il-Ħajja Pubblika ta’ Sidna Ġesu Kristu, Iż-Żwieġ ta’ l-Aħwa and Ħamsa f’Xibka Waħda.
George has always been ready to help the Maltese Community Council of Victoria and he donated generously to various MCCV projects. George was significantly involved in providing social services for the community, particularly introducing these services for Maltese in St Albans in 1967.  Ten years later he was a founding member of the St Albans Community Co-operative Society. In 1978 he was the prime mover in building the Malta Star of the Sea House with a grant from the Australian Assistance Scheme. In 1982 he was one of the pioneers for setting up the St Albans Community Health Centre. A year later he founded of the Maltese Pensioners Association of St Albans.
In 1988 George returned to Gozo where he became director of a drama group at the Astra theatre, as well as director of Don Bosco Association and the Catholic Action in the village of Fontana. During this time he directed Malta 25 Sena Independenti as well as a number of plays including I promessi Sposi (by Alessandro Manzoni), Il Bugiardo (by Carlo Goldoni) and Marija Goretti (by Lino Grech).
In 1994 he returned to Australia where he resumed his work with the Malta Star of the Sea Drama League.
George was married to Carmen and they have three children: Raymond, Marie and Kirsten. He was also grandfather of seven and also a great-grandfather.
In August 2012 the MCCV recognised his contribution to the provision of welfare services to the Maltese community with an MCCV Community Award.
The MCCV President and members of the Executive Committee extend their sincere condolences and deepest sympathies to the Cini family.
May he rest in peace.
[Profile source: Cauchi MN, Maltese Achievers in Australia, Melbourne 2006, pp 33-34]
Post Views: 23
Previous
Coleiro Preca accepts nomination for President
Next
PM Muscat announces nomination of Marie Louise Coleiro Preca as next President