After the swearing-in ceremony Dr Zammit Dimech said that he had a long meeting with Dr Borg this morning and will carry on in his footsteps until the end of the legislature.

Dr Zammit Dimech was chairman of the parliamentary Foreign Affairs Committee for the past two years. Prior to 2008, he held various ministerial portfolios which saw him responsible for communications, infrastructural projects, tourism and the arts.

Dr Zammit Dimech, a lawyer well-known for his oratory and good humour, is a former broadcaster, who as a young man was also heavily involved in activities for youths, having set up the Teens and Twenties Talent Trust, better known as the 4Ts.

Dr Zammit Dimech returned to the Cabinet yesterday after an absence of almost five years when he was sworn in as Foreign Minister, his most senior government position yet. 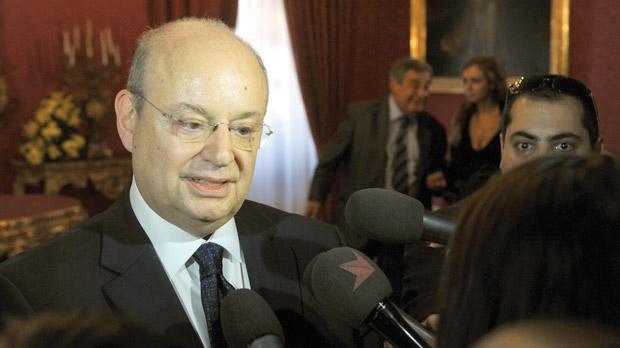 Speaking to timesofmalta.com after his swearing-in, Dr Zammit Dimech said: “Tonio Borg had laid out clear plans within his ministry so it will be my great pleasure to carry out these plans. Pending issues and those which need further work have been defined and I will represent a continuation of the sterling work that has already been done.”

After the 2008 general election, Dr Zammit Dimech was not reappointed to Cabinet along with a number of colleagues who served in Lawrence Gonzi’s first legislature. However, he was appointed chairman of Parliament’s Foreign Affairs Committee two years ago. Yesterday, Dr Zammit Dimech thanked the Prime Minister for the trust he had shown in him.

Asked how it felt being appointed minister on the day of a Budget which may not go through, Dr Zammit Dimech said he would be minister until the end of the legislature.