Dr Simon Busuttil is set to take over the PN leadership from Dr Lawrence Gonzi as he will be the only candidate in the second round of the leadership election scheduled for Wednesday. He will formally become leader after the second round of voting as he is required have the support of two-thirds of the councillors.

In the first round of the election yesterday Dr Busuttil emerged as the frontrunner with 451 votes (50.3%), followed by Dr Mario de Marco with 345 votes (38.5%). The other two candidates Dr Francis Zammit Dimech polled 54 votes (6%) and Raymond Bugeja 47 votes (5.5%) of the votes. The result of the election was announced shortly after 10 pm (Malta time) in a packed hall at the PN headquarters. Although the PN’s statute requires the elimination of only the last placed candidate, both Dr Zammit Dimech and Dr de Marco decided to pull out of the race.

In total 897 out of an eligible 901 PN councillors took part in this election to choose the eighth leader in the PN’s 133-year-old history. Upon confirmation of his election as PN leader, Dr Busuttil will assume the role of Opposition leader for the next five years. Dr Busuttil’s share of the votes is significantly lower than that of his predecessor Lawrence Gonzi who in 2004 had obtained 59.3%, at the first time of asking, leaving no other option to his closest rival John Dalli to pull out of the race.

In a brief media conference Dr de Marco and the other losing candidates said that they are not interested in contesting for deputy leader. Mr Bugeja reiterated that he is not looking to be appointed as CEO, but pledged “to work as a CEO”.

At around 10.40 pm outgoing party leader Lawrence Gonzi together with the four contestants entered the main hall with all those present bursting in a long-drawn applause. The president of the general council Paula Mifsud Bonnici then introduced the head of the electoral commission Censu Galea, who read the official result, with the candidates sitting beside each other on stage in a show of unity.

Mr Raymond Bugeja, who received a respectable tally of votes considering he appeared on the political scene barely a month ago, thanked all those present for their support. He said that he is proud of being a Nationalist and expressed his readiness to contribute further.

Next to address those present was Dr Zammit Dimech, who announced that he was pulling out of the race, pledging his unconditional loyalty to the new leader. He added the he will be offering himself at the disposal of the new administration in the party’s interest. Dr Zammit Dimech said that the PN must be the driving force behind the people based on the truth, so that it becomes electable once again.

Dr Mario de Marco said that this is a moment of unity. He said that the result speaks for itself, and remarked that he always bows his head to the will of the majority. He thus announced that he will not be contesting the second round of voting and that the time has come for the party to start renewing itself. Dr de Marco heaped praise on Dr Gonzi, saying that his integrity will stand out for ever. He recounted his experiences during the leadership campaign during which he came across various strata of society.

He said that the overwhelming feeling was that councillors are keen to make the PN electable and close to the people once more. In particular he praised Nationalist supporters living in the south of the island, who stand out for their grit and determination since they hail from Labour leaning localities.

In a very emotional speech, Dr de Marco urged all councillors to follow his example and vote for Simon Busuttil, and pledged his loyalty to the new party leader. He thanked his wife for her encouragement, since she was the one who persuaded him to enter this challenge.

The general council was brought to a close by outgoing leader Lawrence Gonzi. He said that the PN stands out in times of trouble like this, and that this was further proof that if the party is united it can bring out positive elements. Dr Gonzi said that the party must now look forward to win back lost ground.

He thanked each contestant starting with Mr Bugeja who offered himself in such a difficult moment. Dr Gonzi heaped praise on Dr Zammit Dimech’s loyalty, whilst describing Dr de Marco as a man of integrity who placed the party’s interest above his personal ambitions.

The outgoing leader said that his successor sacrificed himself at a very delicate stage when he decided to enter the political arena at a difficult time last November, with the party trailing at the polls.

Dr Gonzi thanked all those who worked with him during his years at the helm of the party. He said that the moment has come to elect the other posts in the administration and urged all those present to support Dr Busuttil.

Voting in the second round on Wednesday will take place between 10 am and 8 pm at the PN headquarters in Pietà and between 10am and 5.30pm in the PN club in Victoria Gozo. 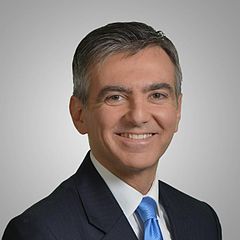 Busuttil served as an adviser on EU affairs to a number of government Ministries and as a visiting lecturer at the University of Malta before being appointed Head of the Malta-EU Information Centre (MIC) and member of the Core Negotiating Group (negotiating Malta’s membership in the EU) and the Malta-EU Steering and Action Committee in 1999.

He was also a substitute for the Committee on Regional Development, a substitute for the temporary committee on policy challenges and budgetary means of the enlarged Union 2007–2013, vice-chair of the delegation for relations with the Maghreb countries and the Arab Maghreb Union (including Libya), and a member of the delegation to the Euro-Mediterranean Parliamentary Assembly.

Immediately after the elections,
incumbent Leader Lawrence Gonzi announced that he would not be seeking re-election for the role of leader of the Nationalist Party. Four candidates presented themselves for leadership these being Mario De Marco, Raymond Bugeja, Francis Zammit Dimech and Simon Busuttil. On the 4th of May, 2013, Busuttil obtained 50.3% of the votes and despite not garnering the required 2/3 majority of PN Councillor votes was confirmed as Leader of the Party once his closest rival Mario De Marco (who had obtained 38.5% of the votes) conceded the race. Dr. Simon Busuttil, thus became the Leader of the Nationalist Party effectively meaning that he will certainly serve as Leader of the Opposition until the next election in 2018.